Construction Set to Begin on Coquitlam YMCA and Amenities 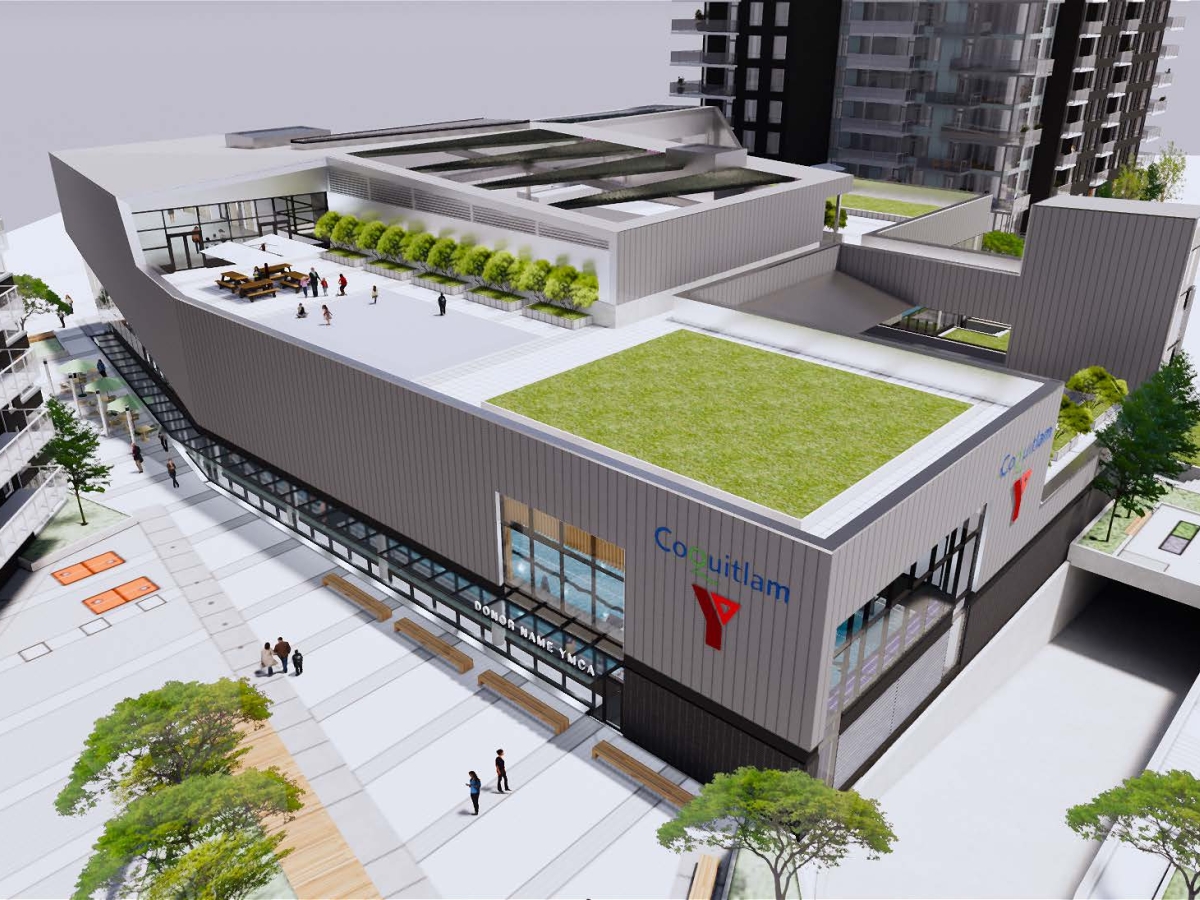 December 10, 2019, Coquitlam, BC – Construction is set to start on a unique partnership project that will bring a new YMCA recreation facility, an expanded Cottonwood Park, a Park-and-Ride, a Community Police Station and more housing options to Burquitlam over the next three years.

The joint project of the City of Coquitlam, the YMCA of Greater Vancouver and Concert Properties – more than five years in the planning – will bring recreation services, community amenities, and both rental and strata housing that will contribute to a growing Burquitlam neighbourhood.

Coquitlam Council’s approval of the final project plan, funding and tender award on Dec. 9 allows for construction of the new YMCA and mixed-use development to proceed on a portion of the Burquitlam Park site, located next to the developing commercial zone at Clarke and Como Lake roads that includes the Burquitlam SkyTrain station.

“After years of planning this innovative and complex project, we’re thrilled to soon be seeing shovels in the ground,” Mayor Richard Stewart said. “This partnership provides substantial benefits to the City, bringing significant new amenities and much greater value than we could have achieved on our own. It will also play a key role in creating the exciting future we envision for the Burquitlam neighbourhood.”

The development site, located between Smith Avenue and Emerson Street, will include these components:

The project will also see nearby Cottonwood Park almost double in size to just over four acres, with enhancements such as a combined ball diamond and sports field, a multi-sport court and outdoor games tables. Park construction is set to start in Spring 2020 and be completed by Spring 2021.

The $77-million project will generate about $100 million in new community amenities, including expanded and improved parks and a YMCA that is double the size of the original community centre Coquitlam had planned for the site, with a pool and other features the City had not envisioned in its original plans.

Coquitlam will provide construction funding of $52.6 million, to be primarily funded by developer fees, with no direct impact on taxpayers. The City’s capital costs include $42.4 million towards the community amenities and road improvements, $5.5 million for Park-and-Ride parking, and $4.7 million for the new Community Police Station.

YMCA of Greater Vancouver, which will manage the YMCA facility and co-own it 50/50 with the City, will contribute about $38 million in capital funding and pay all operating costs for the life of the building, along with bringing more than 130 years of experience running recreation facilities and delivering community programs in the Lower Mainland.

“Opening this centre of community will not only bring critically needed social infrastructure to the Burquitlam neighbourhood, but it also creates the opportunity to impact the lives of children, youth, adults and families for generations to come,” said Stephen Butz, President and Chief Executive Officer of the YMCA of Greater Vancouver. “We thank the City of Coquitlam, Concert Properties and our community volunteers and donors who together are making this dream possible.”

The project hinges on a swap between the City and Concert Properties: a 1.3 acre portion of Burquitlam Park in exchange for Concert Properties’ 2.55-acre parcel next to Cottonwood Park plus a $700,000 donation for park improvements.

“We are proud to be delivering new community amenities and a variety of housing options, including purpose-built, non-market rental homes, to realize our shared vision for the Burquitlam neighbourhood,” said Brian McCauley, Concert Properties President and Chief Executive Officer. “Our company was created in 1989 with a promise to deliver rental housing and help address the lack of supply. Thirty years later, we are still delivering on that promise.”

Timing and Next Steps

The planned construction schedule is:

The southern portion of the new Burquitlam Park will open to the public when the YMCA is completed. The park will be completed with the development of the strata tower, which will depend on market conditions.

For more project details and background, including a Fact Sheet and FAQs, visit www.coquitlam.ca/ymca or www.whatreallymatters.ymca.ca/coquitlam.

Founded in 1989, Concert specializes in developing rental apartments, condominium homes and retirement communities, acquiring and developing office, industrial and infrastructure properties and in property management. With operations across Canada and the backing of more than 200,000 Canadians represented by the union and management pension plans who own Concert, our commitment is to build strong, sustainable communities across Canada. www.ConcertProperties.com

About the City of Coquitlam

Coquitlam is home to more than 150,000 people and is a vibrant, regional centre in the lower mainland of British Columbia. The City is positioned to experience significant growth over the next 25 years, with the population expected to reach over 220,000 by 2041. Coquitlam is committed to carefully managing the City’s future while continuing to deliver the highest level of service to the community through leadership, sustainability and innovation. www.coquitlam.ca

About the YMCA of Greater Vancouver

The YMCA is a powerful association of people joined together by a shared commitment: to strengthen community.  We accomplish this goal by helping vulnerable children and families, promoting healthy living and reducing isolation.  Each year, the YMCA helps more than 120,000 children, youth, adults, families and seniors become stronger through life-enhancing programs and services. The YMCA of Greater Vancouver has been serving the Lower Mainland, Fraser Valley and Sunshine Coast for 130+ years and currently offers programs at more than 220 locations. www.gv.ymca.ca and www.whatreallymatters.ymca.ca.