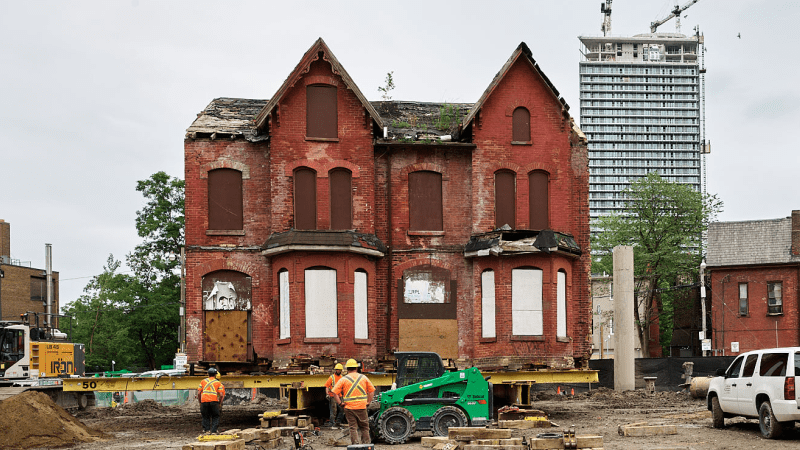 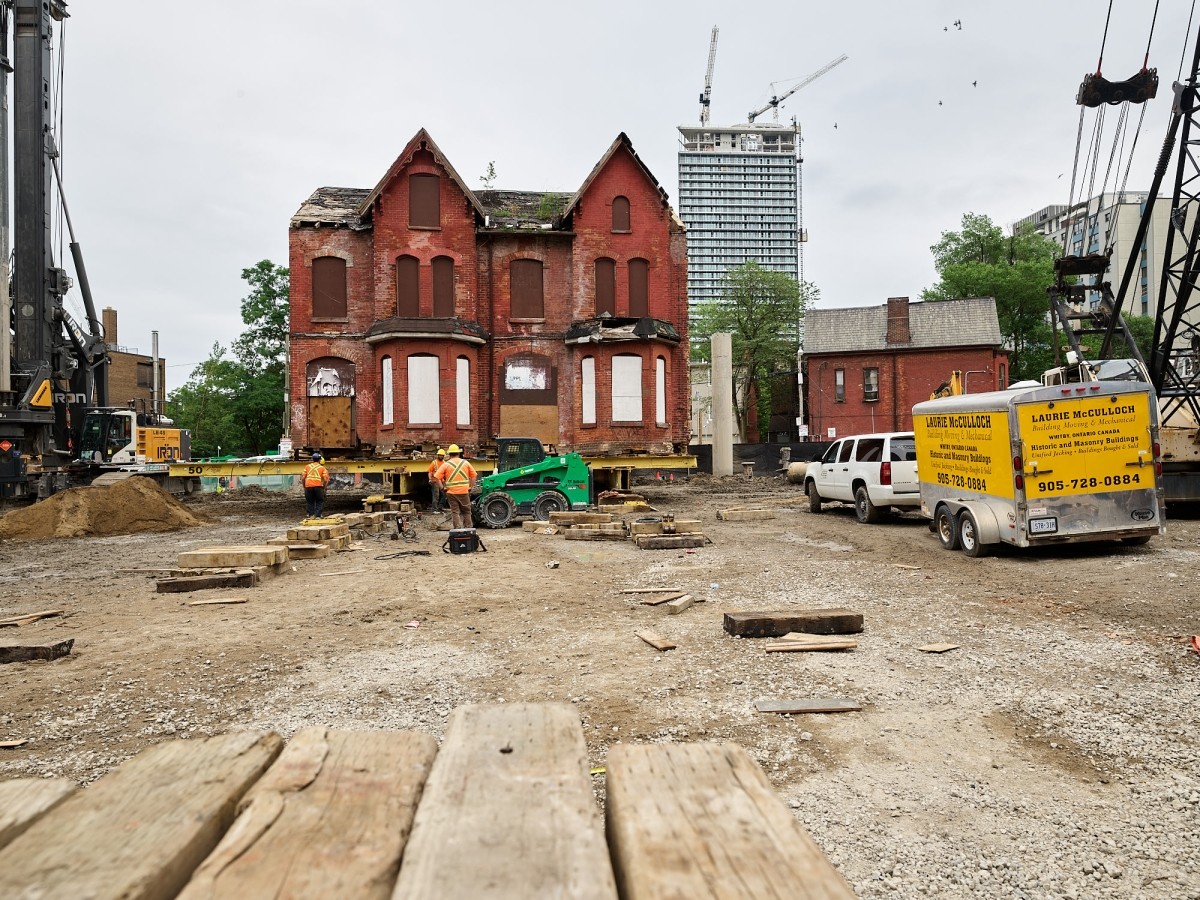 Pedestrians walking past the corner of Sherbourne and Howard Street in Toronto’s North St. James Town neighbourhood recently would have noticed something unusual.

The once elegant houses at 605 and 607 Sherbourne Street, built in 1875, were moved – but only to the back of the property temporarily and will return to their original location later this year. The move was necessary to prepare the site for construction – an important first step towards realizing Concert’s latest development.

Inspired by the location’s glorious past and its equally splendid future, the new development, Burke, will breathe new life into this historic Toronto neighbourhood with the introduction of a 53-storey condominium offering 502 homes, an inviting public-accessible space featuring a vibrant colourful pathway for residents and neighbours alike, ornamental lighting, and seating areas designed to for gathering and connection.

Seamlessly incorporated into the development are these two heritage homes along with an even more storied structure at 603 Sherbourne. Now a heritage-listed building, the stately house was designed by famed architect Edmund Burke in 1895. Burke, for whom the new development was named, left an indelible mark of the architectural landscape of Toronto – and this house is believed to be his first solo design.

Edmund Burke designed the house for Anson Jones, a Royal Bank of Canada employee whose family lived there until 1930. Over the ensuing years the house became neglected, but with the purchase of the property, Concert is committed to restoring all three heritage homes’ exteriors to their former glory with newly adapted interiors providing vibrant retail and commercial spaces as part of the site’s renewal.

Burke was responsible for some of Toronto’s most architecturally important – and impressive – buildings and structures. He began as an architect apprentice for his uncle, Henry Langley, whom he eventually partnered with before hanging out his own shingle for a few years, during which time he designed 603 Sherbourne. He then became part of the firm Burke and Horwood, then Burke, Horwood and White. The impressive architectural legacy of this period includes the Bloor Street Viaduct (designed by Burke himself), the Hudson’s Bay store on Queen Street West, McMaster Hall, Osgoode Hall and many others.

In restoring this connection to Toronto’s past, Concert is doing its part to pay respect to Burke’s vision for the once tony neighbourhood, while also delivering the company’s own vision and way of life as it builds a people-first future.

To watch the full video of the house move, click here.