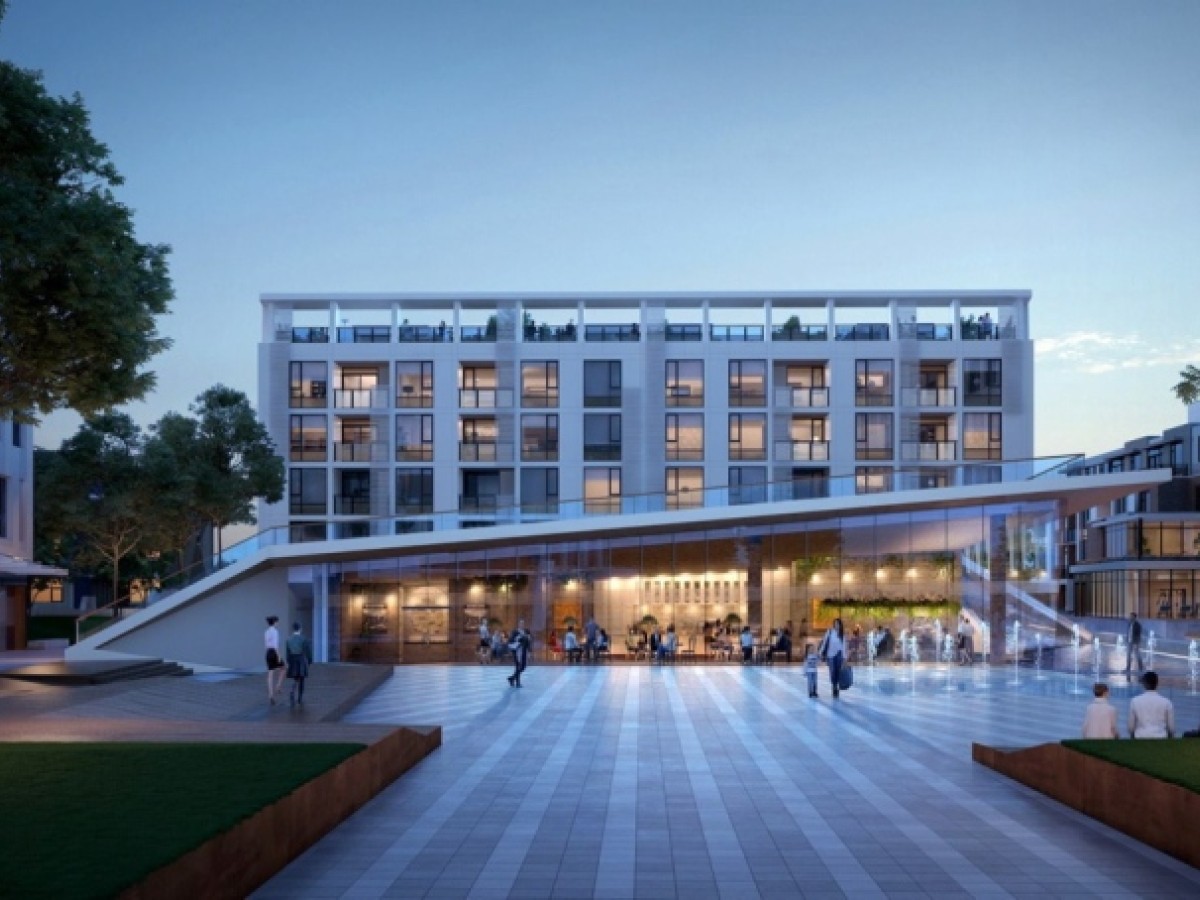 Construction is starting on the new Capital Park Residences at a six-acre, mixed-use James Bay project.

“It’s the last piece of the puzzle,” said Brian McCauley, president and chief executive of Concert Properties, which is partnering with Jawl Properties in developing the $250-million multi-phased project behind the legislature.

A total of 113 homes are expected to be finished in late 2020 or early 2021, McCauley said. Condominiums will be developed in five-storey and four-storey buildings, and seven townhouses are also planned.

A presentation centre is set up at 665 Douglas St. Vancouver-based Concert and Jawl Properties of Victoria bought the site, bordered by Superior, Menzies and Michigan streets, in 2014 for $34 million when the province was selling land to balance its books.

At that time, the property was used for parking lots and held some older buildings, including out-dated provincial offices.

The Victoria Accord planning agreement developed for the area just over 20 years ago visualized a mixed-use approach.

Goals of the accord included the development fitting in with the James Bay neigbourhood and with the nearby legislature building, opening up the area with public access and amenities and to preserve views. Today, that vision is becoming a reality as workers are putting up a second office building of 120,000 square feet, to be finished late next year. That space is 40 per cent pre-leased to the province, McCauley said.

The first office complex, at 127,000 square feet, is finished and filled with provincial staff. A Red Barn Market is open, as is a new library branch. Tenants have moved into 53 new rental apartments. A trio of heritage houses hold 13 rental apartments.

Much of the large public plaza is complete. Still to come is a piece of public art by artist Adam Kuby, to be installed next year, McCauley said. The plaza is the “central unifying element to the entire development,” he said.

The Good Earth Coffeehouse will be opening at the south end of the plaza. Tenant improvements are underway now.

Capital Park “very much does execute on the vision from the Victoria Accord 25 years ago. And the ability for this site to really reconnect parts of James Bay back through to the legislature and the waterfront is, I think, what we are most excited about, and it is emerging well,” McCauley said.

The development has followed through on plans for a network of plazas, courtyards and pathways. The project’s primary architect is Endall Elliot Associates. HDR/CEI Architecture Associates worked with Endall Elliot on phase one.

A commitment to sustainability will see the office buildings reach the platinum level in Leadership in Energy and Environmental Design and the other buildings will be at the gold standard, McCauley said.

Capital Park’s development has made an economic mark on the community.

Including land costs, the overall investment in the project is excess of $250 million, McCauley said.

It has also been a local job generator. In the first phase of the project, more than 250 workers were on site, followed by 175 workers in the second stage, and the residential construction will require about 125 workers, he said.