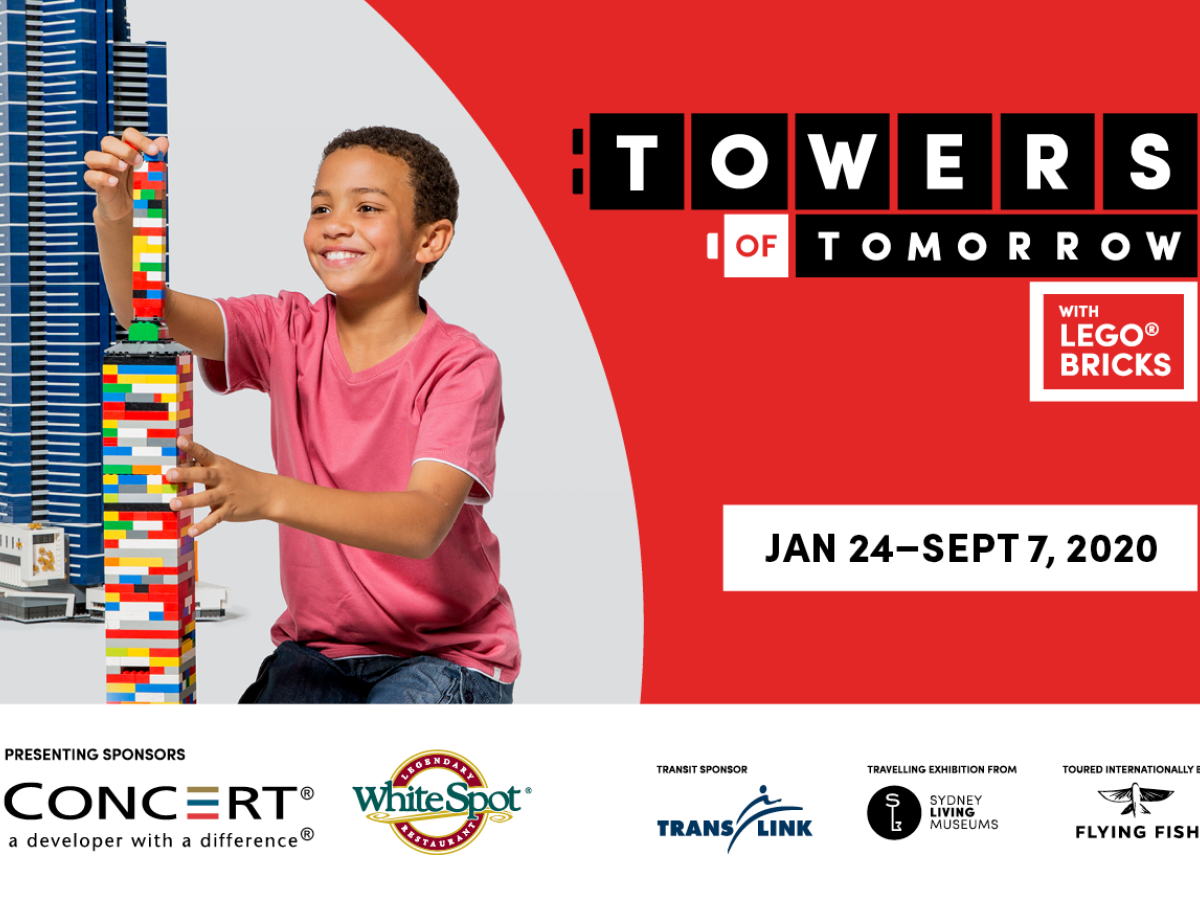 This month, TELUS World of Science will debut its newest exhibition, featuring 20 well-known skyscrapers from around the world, in a medium not often used when it comes to shows of this scale: LEGO.

Beginning on January 24, and presented by Concert Properties and White Spot Restaurants, the exhibit, dubbed Towers of Tomorrow, will feature some of the most well-known architectural achievements in the world, all made entirely out of LEGO.

The towers are constructed on a scale of 1:200 by Australia’s Ryan McNaught, the only certified LEGO professional in the Southern Hemisphere.

To create the towers in this exhibition, McNaught and his team used more than half a million LEGO bricks and took over 2,400 hours to build all the structures. The tiny-brick layers will be in Vancouver to help build out the exhibition.

“I was thrilled to work with Sydney Living Museums on this first-of-its-kind exhibition. Creating two to four-metre high versions of these iconic buildings has been an incredible challenge, pushing the almost limitless possibilities of LEGO,” said McNaught.

“Towers of Tomorrow... brings architecture and design to life in a wonderfully creative and engaging way,” said Sydney Living Museums Executive Director Adam Lindsay. “With such amazing scale and detail, this exhibition has something for everyone to enjoy.”

Visitors, young and old can create their own ‘Tower of Tomorrow’ from over 200,000 loose LEGO bricks in hands-on construction areas, as well. Outside the entrance to the gallery, visitors can also contribute to a crowdsourced LEGO mural that will reveal a large-scale landscape of some of Vancouver’s most iconic features.

In addition, the back of the gallery will host an interactive Community Building exhibit designed to facilitate creative thinking and playing with how urban and neighbourhood design can support and contribute to thriving communities — a central element of Science World’s vision and a key priority for Concert Properties. Using Science World’s False Creek neighbourhood as a hyper-local example, visitors will question how the physical features of great communities are designed and how we can envision and create thriving communities together.

“This exhibition is particularly exciting because LEGO® develops many critical thinking skills, expands creativity, and explores basic STEAM concepts,” said President and CEO of Science World Janet Wood. “Not only that, LEGO is an iconic toy that many adults engaged with growing up and now play with their children so it evokes positive feelings for many people.”

The exhibition runs from January 24 to September 7, 2020, and tickets are available online.